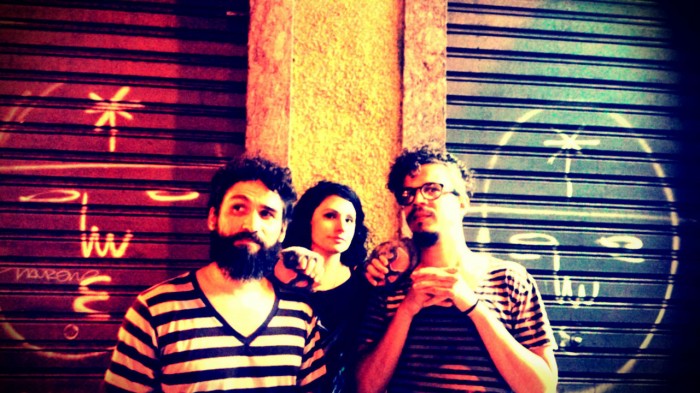 “After waves and waves of rather good but trite nu gaze bands, something this fresh is rather remarkable. Kudos Devilish Dear.”
Overblown

Braulio Almeida (glass-wearing guy on the right in the picture) started writing songs 20 years ago, when he was just a teenager aged 16. Nowadays he’s works with 2D and 3D animation for advertising in TV and short films. He also runs a sound design studio where he crafts soundtracks for games, TV and ads.

He met Rômulo Collopy (bass player) during his studies at Villa-Lobos, a music school in Rio de Janeiro, and they both met Shelly Modesto (vocals) in old social network Orkut. “Yeah, old school. This was around 2007″, remembers Braulio. The album “These Sunny Days” was shaped during almost 10 years: “I listened to all our archived ideas and blended the album using all that was worth. Cos’, if you don’t, you end up with all those beautiful useless riffs, this is bad karma”.

“These Sunny Days” was originally released in october 2015 with 8 tracks and a bonus. Shoegaze guitars, lots of post production effects and assertive electronic beats scattered here and there will remind you of my bloody Valentine, Medicine and Cocteau Twins, especially when Shelly sings.

Despite all the sophistication of the songs, Devilish Dear never played a gig. “These songs are my hobby, my contribution to people that like the same kind of music that I do“, points Braulio. “A email from someone saying they liked is good enough, puts no money in my pocket. But this is about something else“. 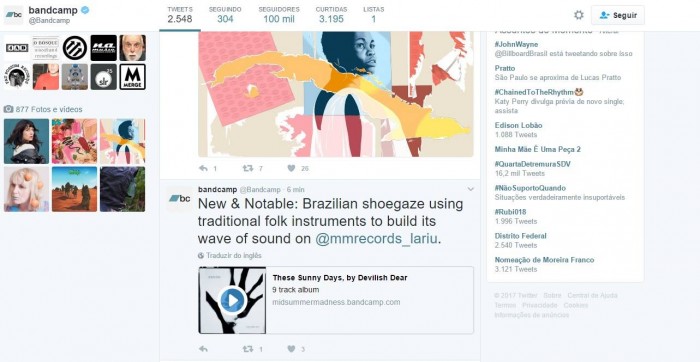 - UK’s Overblown music blog said “It’s kind of like if a Madchester band had been led by Kevin Shields. Dancey, grooving rhythms are laid down behind the swirling, reverb drenched guitars, and ghostly vocals“.

- Dutch blog Luminous Dash wrote: “Altogether the songs with the vocals of singer Modesto results in a sound that sometimes is surprisingly close to Curve“.

After all that feedback, the band is currently working on new material to come up late this year. This hobby will either make Devilish Dear famous or more people happy. Both are ok for them.

Braulio, Rômulo and Shelly organized a playlist of their favorites, have a listen