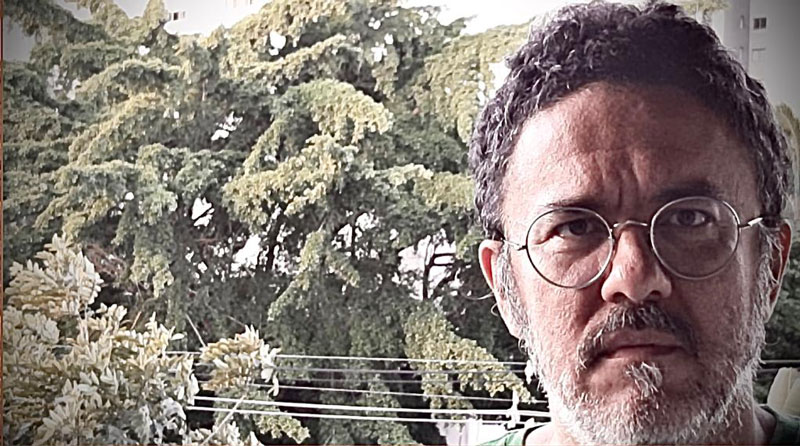 Mr-Spaceman is Regis Damasceno‘s space to release his own songs. Born in Fortaleza, an idyllic seaside capital in the Northeast of Brazil, Regis moved to São Paulo in the late 90s and started his career as a side-guitarist for many famous Brazilian musicians.

Locked at home during the Covid-19 pandemic, Régis Damasceno, released his 5th album. “Park” is his “second pandemic album”(“Loop” came before). It features 10 songs composed by himself and others with long time partners such as Daniel Pessoa (“Golden Sky”), Júlia Debasse (“Naive”) and Mário Quinderé (from Dead Poets, Fish Magic) on “Black Rain” and “It Comes at Night”.

Raised listening to Beatles and The Smiths, Mr-Spaceman’s music is guitar-focused but “Park” welcomes new instruments such as the sitar, piano and different synthesized beats. It’s a modern take on Brazilian folk and psychedelia.