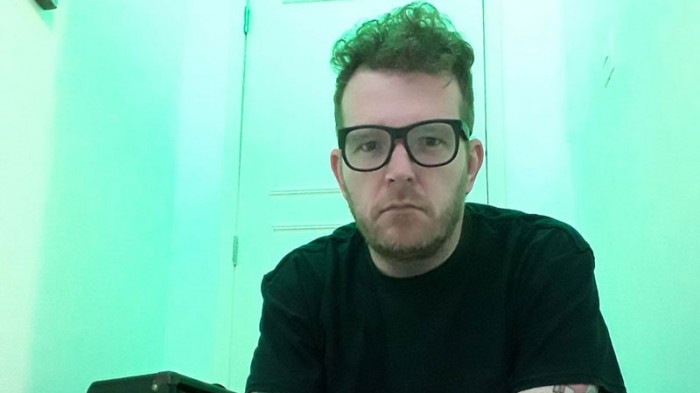 Fabio Bianchini is one of those guys that would qualify for the employee of the month, with framed picture on the wall.

His only weakness is consistency: last time he was “on the wall” was 2009, when he released two EPs at once: Salame, Easy Living Candy Store.

He is also a pioneer.

Fabio is from the 1990′s generation that signed “Indie Brazil” internet mailing list, likes BMX Bandits and Yo La Tengo and publishes fanzines. His “job” at midsummer madness  began in the summer of 1996, with the release of  Superbug’s first cassete tape “Baby, Baby” and later, in 2003, a 4-song EP called “Hot Milk”.

So, when Bianchini sent us an e-mail in 2008 telling that he had new songs, we immediately thought it was Superbug stuff.

He then introduced us to Os Gambitos. He is still not sure if his solo project is called Gambitos or Os Gambitos… In a seaside town like Florianópolis, full of perfect bodies strolling around the beach, if you have thin legs (gambitos) or not, deciding on the band’s name makes a huge difference: is it yours or someone else’s?

Bianchini has two new songs: “Ghosts” and “Pop Songs Your Tinder Match is too stupid to know about”. But why making it 2 separate singles instead of an EP?  “I had two cool pictures that I wanted to use as cover arts, ” he explains.

It tells a story of a Tinder match that does not share the same excitement for indie bands. After listing names, he gives up after realising that the match has never ever heard of The Pastels.

Does Bianchini ever dreamt of finding such a perfect combination in Tinder? “Once I met a girl who said how wonderful Neutral Milk Hotel was. Everything can happen, man.”