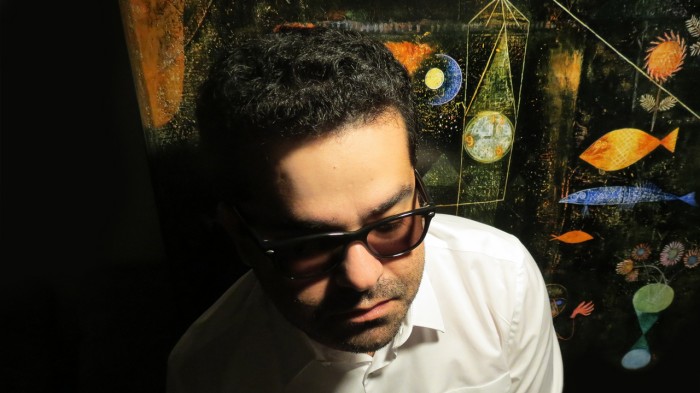 It would be a waste of time to enumerate all the reasons why living today is shit: Donald Trump elected; BRExit; Rio de Janeiro declaring bankruptcy, the restaurant next to my house that served the best feijoada at $ 12.90 abruptly closed.

Life nowadays is shit. But to endure, to keep your head upright, the spine erect and the heart quiet, escaping from reality is fundamental. And I believe that you, like me, were raised escaping into music. So, believe in 2016, the best way to get away from the world is to play “Sky High”, the new Fish Magic album.

You must be thinking: “this guy was invited to write about the album, he’s going to laud it” but no. Believe me. “Sky High” transports you. It was the first sensation I had when I listened to the whole record. Because it’s different from what you expect from a brazilian rock band. Because Mario Quinderé, a veteran in Brazil’s independent scene, did not hide his feelings, his moments of solitude to compose “Sky High”.

This is Fish Magic’s 2nd album, its first was released in 2015, “Songs From the Night Shift“. Regis Damasceno, Quinderé’s partner since their pioneer indie bands in Fortaleza in the 1990s (one played in a band called Dead Poets and the latter in Velouria) co-produced both albuns. “Sky High” has 11 tracks, most of it recalls the best of brit rock, made in Rio, but could be London or Manchester. The softness, the ethereal, the details in the guitar lines and the soft vocal of Quinderé.

“Fish Magic is all that I like: music, movies, pictures. So I think Rio is in it, yes. The light and the evenings here… I spend a lot of my free time on my porch, just watching the buildings, the apartments and the people inside it, how light falls on them, traveling in the sky from here. I think the record was made on my balcony and, partly, that’s why I named it ‘Sky High’”, explains Quinderé. “Also, I read an interview with Tim Burguess (Charlatans) saying that today he is sober but before his life was sky high.  I thought: that’s it! In my case, not drugs. Creating these songs for Fish Magic is my sky high“.

(freely adapted from Alexandre Petillo’s text about Sky High. Petillo is a brazilian journalist and writer)

“Sky High” is out now on digital format through midsummer madness

“Landscape in the Mist” has a music video out too