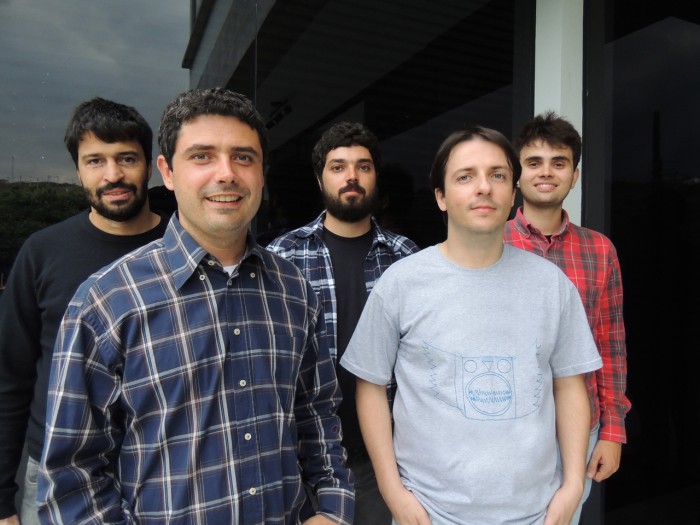 After 3 years, brazilian power-pop band Churrus returns with new single “Kingdom of Lords“. The song was written when vocalist and guitarrist Tulio Panzera was living in Bristol, UK (in 2014) finishing his post doctoral studies. The elegant and sophisticated neighborhood of Clifton, as well as the Georgian House where he stayed, says a lot about the gold exploitation that took course in colonial Brazil during the 1800 century.

“Kingdom of Lords is a reflection about greed and ambition for gold during colonial era in Brazil”, explains Tulio, “Gold was extracted from cities in the brazilian state of Minas Gerais, especially from our hometown São João del Rei, caused battles throughout its course, draining our riches to Portugal, Britain and other European cities.”

“Kingdom of Lords” is one of the many singles that Churrus plan to release during 2016 and 2017, when their 4th album, not yet titled, will be released. Since “Transcontinental“, their 3rd álbum (2013) the band is facing its biggest period with the same formation. The tranquility transformed their sound into a more sophisticated and layered power-indie-pop, and also opened space to other composers in the band.

As a result, after 2 years composing, Churrus is going to released an 8 to 10 track album in the beginning of 2017. Meanwhile, they will release bonus singles that will not be featured on the new album.

The upcoming album will be released by labels midsummer madness (Brazil) e Fleeting (USA) and will feature songs from Luís Couto, Matheus Lopes and Tulio Panzera.

Listen to “Kingdom of Lords” here and in midsummer madness’ bandcamp 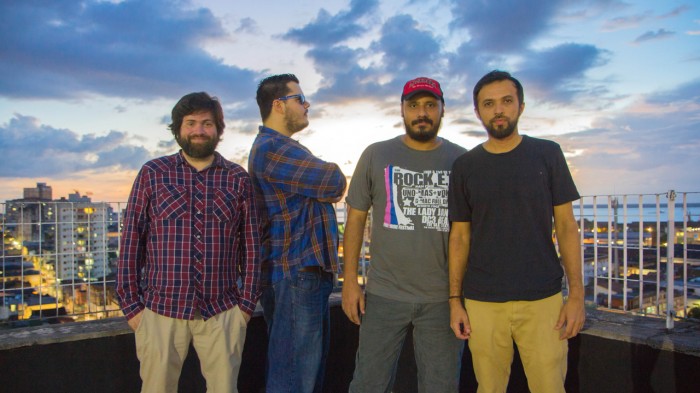 Daniel and Gabriel were listening to The Cribs, Strokes e Subways, and decided to form a band, “just to practice and have fun“. Pals Bernardo and Fábio join later, all of them in their teenagers or entering 20´s. Even though they called theirselves Tom Gangue (Tom´s Gang), there´s nobody called Tom in the band. They had their first experience recording the music video “Sempre Espero”.

After the video, first EP “Pra Praticar” (To practice) was released in 2014 – try listening here: https://midsummermadness.bandcamp.com/album/pra-praticar-ep.
This EP helped Tom Gangue play some venues in São Paulo and Rio de Janeiro. Through these contacts, they met Gabriel Guerra, from brazilian band Séculos Apaixonados.

“Grande Esperança” (Great Expectation) inserts 80´s  new wave in the band previous danceable indie rock. If you were born in the 70´s, you will feel that “Baladinha” or  “Pensamento Ruim” could appear in a John Hughes soundtrack. All songs have portuguese lyrics written by  Bernardo and Gabriel, talking about absolute thruths from your teenage years, but with a light sarcasm that only suburb kids would use.

The title comes from Charles Dickens´ book, “Great Expectations”. Daniel explains the reference: “The book tells the story of a boy who lives in the middle of nowhere, inherits a fortune, goes to London and turns into a gentleman, starts walking with important people…and that´s us right now! We are from Queimados (a county just outside Rio de Janeiro) and, out of nothing, we received some attention, went to the rich part of the town to record with Guerra, who is from the ´music royalty´ of the city…”

“Grande Esperança” is being released on the 12th of january in digital format only.
You can listen and download it (name your price) here: https://midsummermadness.bandcamp.com/album/grande-esperan-a

Following the release of “Real” by Frabin, we decided to put together some music videos of other brazilian bands that recently put out new songs. We named it “new brazilian shoegazer” which is quite pretentious but may guide you through amazing new songs by Loomer, Fish Magic, Lava Divers, My Magical Glowing Lens and others. 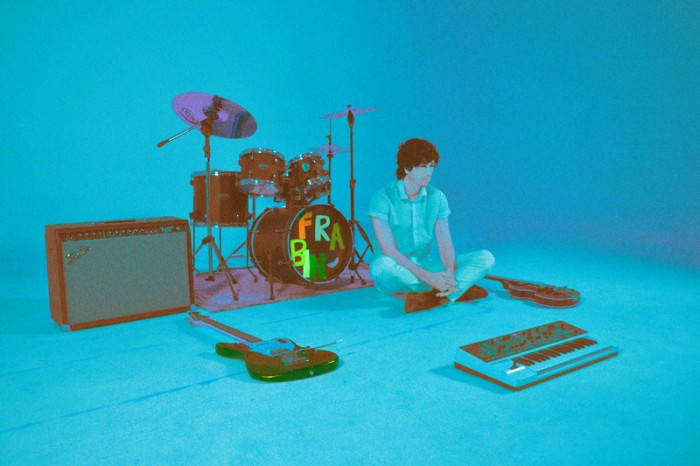 Victor Fabri was born in 1994. This same year, we, midsummer madness, were converting ourselves from a fanzine into a record label. In 2013, Victor begun writing his own material outside his friend’s band, Rascal Experience. Living in Florianopolis, a paradise city in an island in the south of Brazil, he chose to build a home studio and lock himself in.

(Well, in 1994, we opted to stay in copying cassetes instead of being in the sunny beaches of Rio de Janeiro. So, there’s no generation gap here!)

Victor Fabri renamed his solo writings as Frabin and recorded 4 songs to test his home studio. Doing everything alone, the obvious title would be “Selfish”. Released in july 2014, the EP was faceted at Ranch Mastering, same place where “Humbug” by the Arctic Monekys, “King of the Beach by Wavves and “Plastic Beach” by Gorillaz were finished. This is to show that the kid wasn’t playing around.

Adapted to his home studio, Frabin recorded 12 songs between march and july 2015 and those became “Real“, his debut album. With 2 songs in portuguese, Victor wanted a bilingual title and “Real” works both in english and in portuguese. This time he chose to master with Rob Grant, in Poon’s Head Studios, Perth, Australia. Going around the world for final touchs had a reason: “Besides quality, I wanted someone that worked with bands I like such as Tame Impala and Melody’s Echo Chamber”, explains Victor, “and I’ve found that Rob is the finest, easy-going kind of guy I could ever met“.

When Frabin says Tame Impala, we hear Ride. When he mentions Melody’s Echo Chamber, we think of Stone Roses and Chapterhouse. The result is a beautiful, danceable, happy and soulful album called “Real”, that we are proud to put out together with brazilian label Balaclava.

It’s Real, out now in digital and soon in CD. 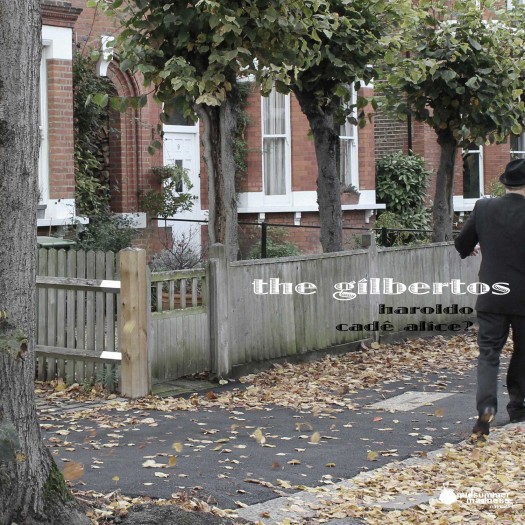 Under the influence… Fish Magic

Mario Quinderé, the brain and voice of Fish Magic, organized a playlist with the sounds that inspired him to compose his debut “Songs From The Night Shift”. Along with seminal influences like New Order, Lloyd Cole and R.E.M., Mario scanned through some new names like Trailer Trash Tracys and Tim Hardin and some unexpected songwriters like Bruce Springsteen, Johnny Cash and Sam Cooke. 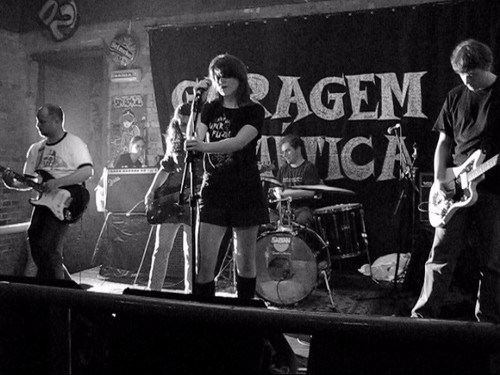 1994 was a magical year in Fortaleza, northeast of Brazil. An american US Air Force base during the WWII, the city lives a musical efervescence with guitar bands like Dead Poets, Velouria and Dago Red. Mário Quinderé fronted Dead Poets, a Echo-and-the-bunnymen-inspired teenage band. After one demo tape and a split album with Velouria, Dead Poets ended in 2000.

Twenty years later, now living in Rio de Janeiro, Mário Quinderé puts out his solo album with 8 songs “Songs From The Night Shift”, his first release under the name Fish Magic.  The band’s name comes from a paint of the swiss painter Paul Klee (1879/1940) and the record breaks a 10 year hiatus since its last recordings.

Working as a journalist in a daytime job, Mario seized his nights to arrange these songs, recording all instruments and risking on unusual instruments like flutes, glockenspiel and wurlitzer. There’s hope in 80′s post punk music like the opening track “In a Heartbeat”, there’s solar joy in “Pristine”, angst in the noisy “The High Hand”, juvenile love in “Moonrunner”, the passing of time as folk song in “Where the Summer Nights Go Blue” and also college rock vibe in “Season of Wonder”.

The old friend Regis Damasceno (from brazilian bands Mr. Spaceman, Cidadão Instigado, Marcelo Jeneci) played bass and produced the album. Their partnership is reassured in the remake of a  20 year old song “All For Nothing”, a track from Regis old band, Velouria, here in a new minimalist version with piano and strings.

Released only in digital format, “Songs From the Night Shift” is available in streaming

Spotlight on My Magical Glowing Lens 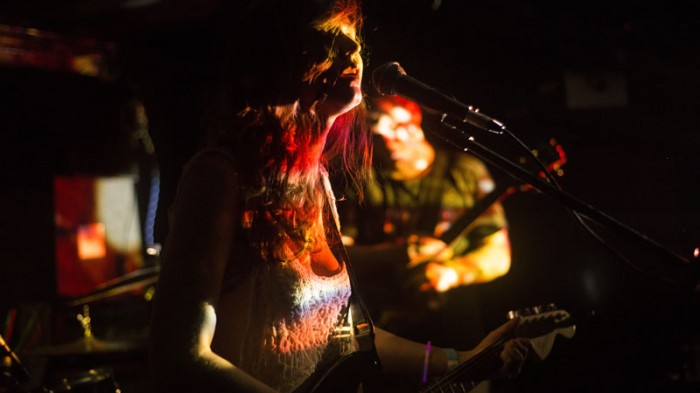 My Magical Glowing Lens started as a one-girl-band. In the end of 2013, Gabriela Deptulski, recorded her eponymous EP with 4 songs.  It’s opening track “Dreaming Pool”, with distorted drum & bass, full of guitar and vocal layers, reminds us of a 60′s psychodelic combo. Before any more words, watch this:

The other three songs go on the same flow: “Summer Nowhere” starts on a ultra-distorted guitar drivell as the drums kicks in changing radically its melody to clean and mellow. Home recording charms are audible in “I Will Never Find” as Gabriela whispers and laughs.  “All Right” is a cross of Tame Impala and Sonic Youth circa “Experimental Jet Set”.

Closing 2014, MMGL’s recorded “Windy Streets” with New Yorkers The Post Nobles. At the same time, Gabriela recruited Pedro Moscardi to play bass and keyboard; Raími Leone  to guitar and Rafael Borges to drums. Now she’s on the road playing her first full band gigs around Brazil. Her first EP is out on cassete tape through Honeybomb Records, while the CD version includes “Windy Streets”.