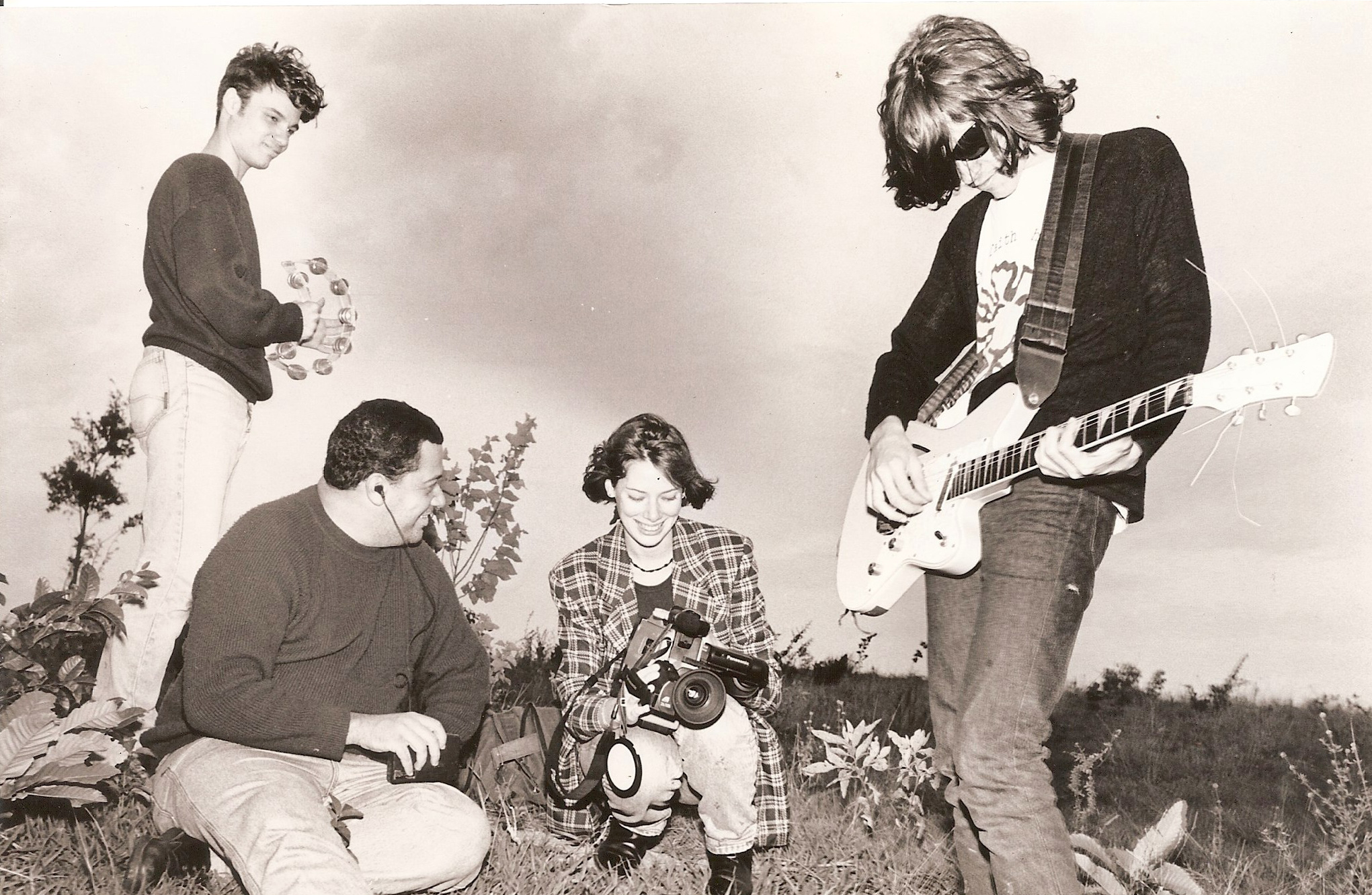 In November 2021 we released a 79-bands compilation divided into 3 Volumes: a vinyl (with 12 bands), a double CD (with 40 bands) and a 90-minute cassette (with 17 bands). It’s titled “30 em 3 midsummer madness” and it celebrates the 30th anniversary of midsummer madness. (Pictured above is Stellar in 1994, with Beatriz Lamego who is the designer responsible for the looks of the project, and Cadu – left, with tambourine, who photographed most of our history)

Initially, it was supposed to be released at the end of 2019 but delays in manufacturing pushed it to the next year. Then Covid hit and all came to a halt. Finally, in 2021 we were able to make the compilation come alive. At first, it was being sold only in Brazil and now it can be purchased from our UK store as well. The records come with a 36-page printed fanzine that features stories from these 3 decades (unfortunately, it’s Portuguese only).

Below you will find a text written by Carlos Albuquerque, a Brazilian journalist and music researcher, former editor of Rio Fanzine, one of the most important segments for music and alternative culture to ever be published in Brazilian newspapers.

30 em 3 – midsummer madness (by Carlos Albuquerque)
At other times, one could say that the story of midsummer madness – just like that, lowercase – would make a movie. An independent film, of course, directed by Jim Jarmush and shot in B&W because, after all, sweet dreams are made this way.

But updating the commonplace is necessary. Today, it is easier to imagine that the trajectory of the label created by Rodrigo Lariú in 1989, initially as a fanzine – now celebrated in three parts, “30 in 3″, with the release of vinyl, a double CD and a cassette tape, sponsored by Natura Musical – would make a beautiful and simple series, one of those that we have to fight against algorithms to find.

A series about music, above all, but also about friendships, falling in love, missing each other, autonomy, business, doing it yourself, and the sweet and bitter of the passage from adolescence to the so-called adult life. As for the title, since Cameron Crowe, another good name for the direction has already used “Almost Famous”, we would have to think of an alternative.

Ah, the script wouldn’t have any heroes. 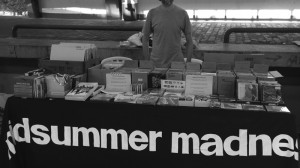 Because even the most angst-ridden heroes – such as, for example, the existentialist Silver Surfer – do extraordinary feats and transit in universes of superlatives. Everything around them is grand, monumental. And although the trajectory of midsummer madness has its strengths – according to Lariú’s own “rough” accounts, there were 340 “products” (among albums, EPs, singles, and compilations), 113 bands, and 2500 songs released -, everything that surrounds the label seems simple and spartan, a thing of stripped-down people who wear All-Star and are even shy to air-guitar in front of the mirror.

And, really, really, the story of this ephemeris – a bit crooked, but absolutely memorable – has nothing to do with staunch and infallible characters.

“The compilation was supposed to come out in 2019 when we turned 30. But I miscalculated the time to ask for permission from all the bands,” Lariú admits, with captivating sincerity, in the 36-page zine that accompanies the release. “When I finally got it, the pandemic came. But here we are, with 32 or 33 years of existence, just late in the 30th-anniversary celebrations.”

The existence of midsummer madness begins, ironically, on a rainy winter day in Niterói (a town close to Rio de Janeiro), when Lariú, then 16 years old, unable to go out to play football, decides to create a fanzine.

At that moment, the decade of yuppies, mullets and shoulder pads was coming to an end. Madonna dominated the charts with “Like a Prayer”, closely followed by Phil Collins with “Another day in paradise” and Roxette with “The look”. 1989 was also the year of the scandalous success of the duo Milli Vanilli with “Girl you know it’s true”.

Big record companies were swimming in pools of money and the compact disc was the biggest bet to maintain that status. All this was news in the big media, which concentrated the flow of information. And midsummer madness was starting to walk a path that was not indifferent, but independent from the world around it.

- A friend, Beatriz Lamego, had lent me some zines and I flipped about the possibility of being able to make my own little newspaper – he recalls, in an email conversation, direct from London, where he lives since 2017

- My mother was a History teacher and the subject of the alternative press, of expressing what you want, was recurrent. At the time, I was also starting to listen to a different kind of music, partly with the help of Beatriz, partly due to a local surfer’s radio station called Fluminense FM. And the bands I liked, Smiths, Jesus & Mary Chain, Felt etc, hardly appeared in the normal or specialized press. Everything came together and I started to do it. It was a time of discovery.

Since then, Lariú’s doings haven’t stopped growing as well as the discoveries. The main one was to glimpse, three years later, that the fanzine could be something more than a “little newspaper”. 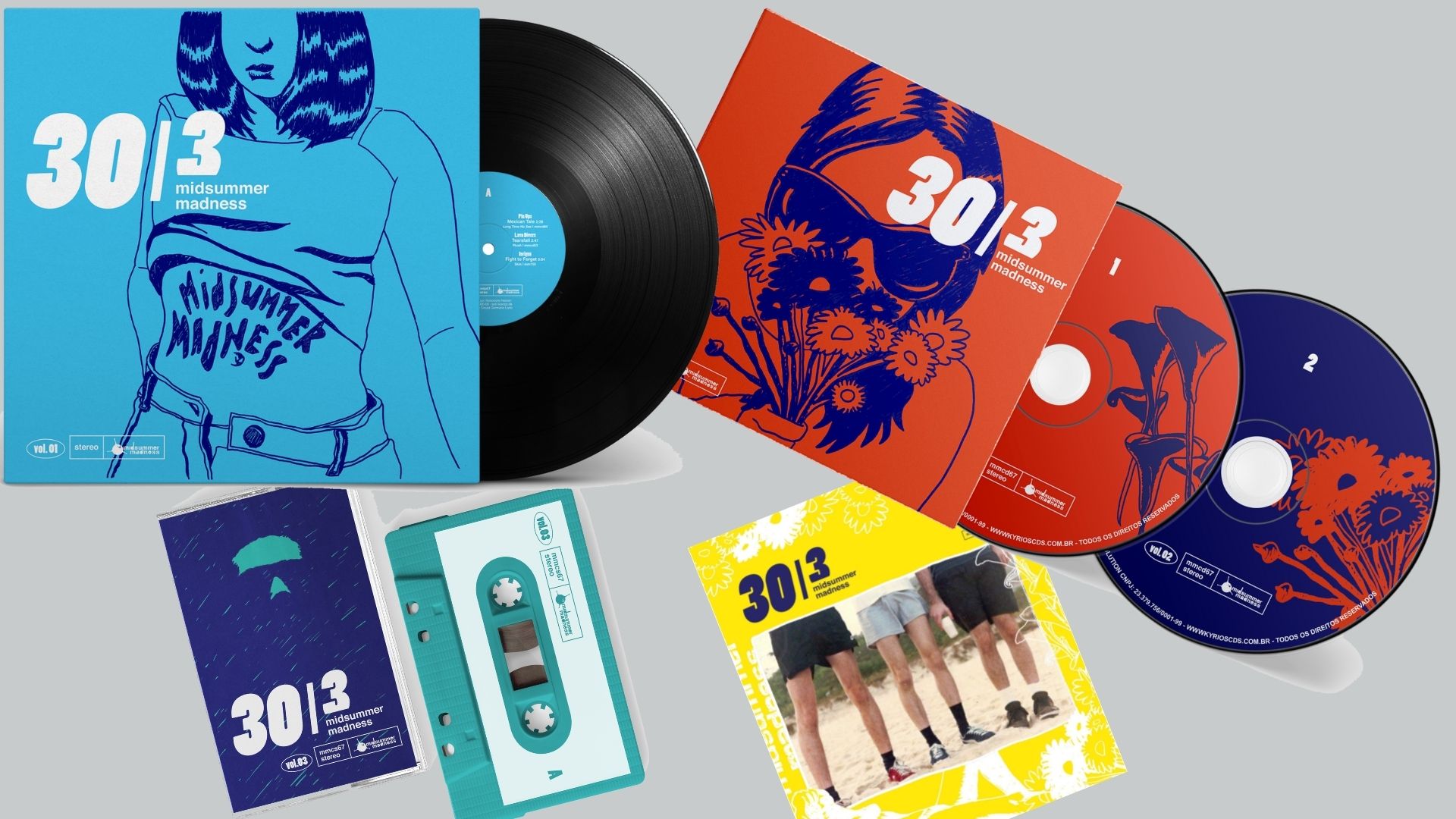 - One day, reading a magazine for people who want to learn English and came with a cassette, I thought it would be much better if people listened to the bands instead of reading what I was saying about them,” he says. – And since I had already made some contacts with other zinesters and bands, I started running after demos. So, in issue 4 of midsummer madness, I made the first compilation with Second Come, Pin Ups, and Killing Chainsaw. It was more of a mixtape than anything. The tape could be bought together with the zine.

Cassette tapes were the first media of midsummer madness. Since then, the label has been spinning in time, always embracing a sound (call it shoegaze, indie rock, or whatever you prefer), watching other technologies appear, disappear, and resurface – from vinyl to CDs, from mp3 to streaming -, not always winning, not always losing, but learning to play with them.

- We never were early adopters of new technologies, we always waited to see if they would work. We started with cassettes because it was possible; we didn’t have money to press vinyl, not even CDs. The CD only happened to us in 1997, at the same time that our first version of the site went online. When the mp3 started to happen at the beginning of the 2000s, we didn’t use it on the site right away because I thought the format would die soon. It was only in 2006 that we adopted the digital releases – says Lariú.

- The most strange thing about that time is that it is when we lost a lot of masters. Digital music files were sent to me and I kept them archived on a computer that burned out. The masters from the tape and CD eras, I have all of them. So, this digital thing, what bothers me most is the immateriality, more than the value in itself. Who is Spotify? Apple? Maybe these platforms will one day disappear too. If it wasn’t for midsummer madness and similar labels, a lot of bands would probably disappear the day these platforms pulled the plug.

With more than 30 seasons on the air, midsummer madness and other similar Brazilian labels – driven by entrepreneurs before the term was coined – need to, in fact, continue to exist so the B-side is heard, so that small feat is also valued; so that the story is not told only from the point of view of the powerful; so that we don’t have to admire only the heroes and their super feats.

- Our catalogue is far from representing all the alternative Brazilian production. It is, at most, a very singular clipping of a universe that was not played on the radio, not in the newspapers, not at the top of the playlists – sums Lariú, who never added a CEO to his name.

- And midsummer madness would be nothing without the bands that agreed to join my madness. The fact that I learned my way of DIY causes me to waver a bit. This feeling that I could have done more is a constant. At the same time, to review the whole history of the label, listen to all the records again, and make contact with all the people again, made me really proud. The overall balance of 30 years is very positive.

It really is. Congratulations.

But tell me: why the name with the lower case letters?
- Because in one of the first editions of the zine, to design the cover, I had to use those little adhesive letters that you buy in stationery stores. The ones I liked only existed in lowercase letters. I liked the result and kept it like that. There is something raw, and ugly, that I don’t like when people write Midsummer Madness.

About Natura Musical:
The project “30 in 3″ was selected by the Natura Musical program in 2019 alongside names like Luisa e os Alquimistas, Mariana Aydar, Tassia Reis, and Luiza Lian, among other artists.

Over 16 years, Natura Musical has offered resources to more than 140 projects around Brazil.

Natura Musical is the cultural platform of the Natura brand. Since its launch in 2005, the program has invested about R$159 million in the sponsorship of more than 500 projects – including works by big names in Brazilian music, the launch and consolidation of new artists and projects to foster the scenes and positive social impact.

The artistic works renew the country’s musical repertoire and are recognized in national and international lists and awards. In 2020, the Natura Musical call for proposals selected 43 projects throughout Brazil and promoted more than 300 musical products and experiences. 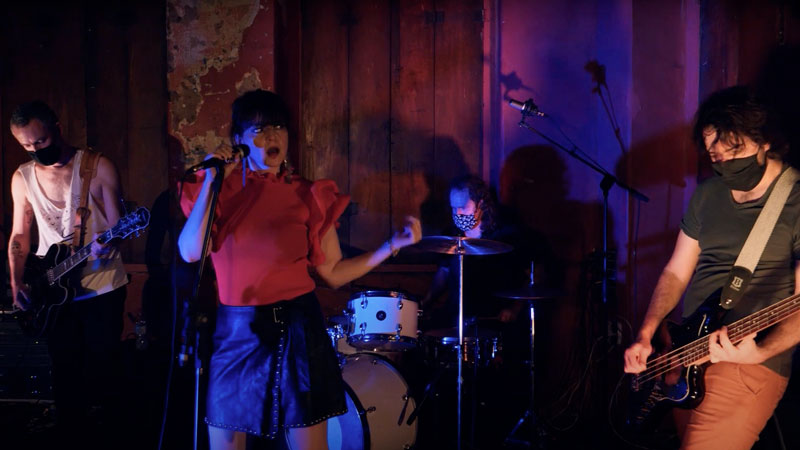 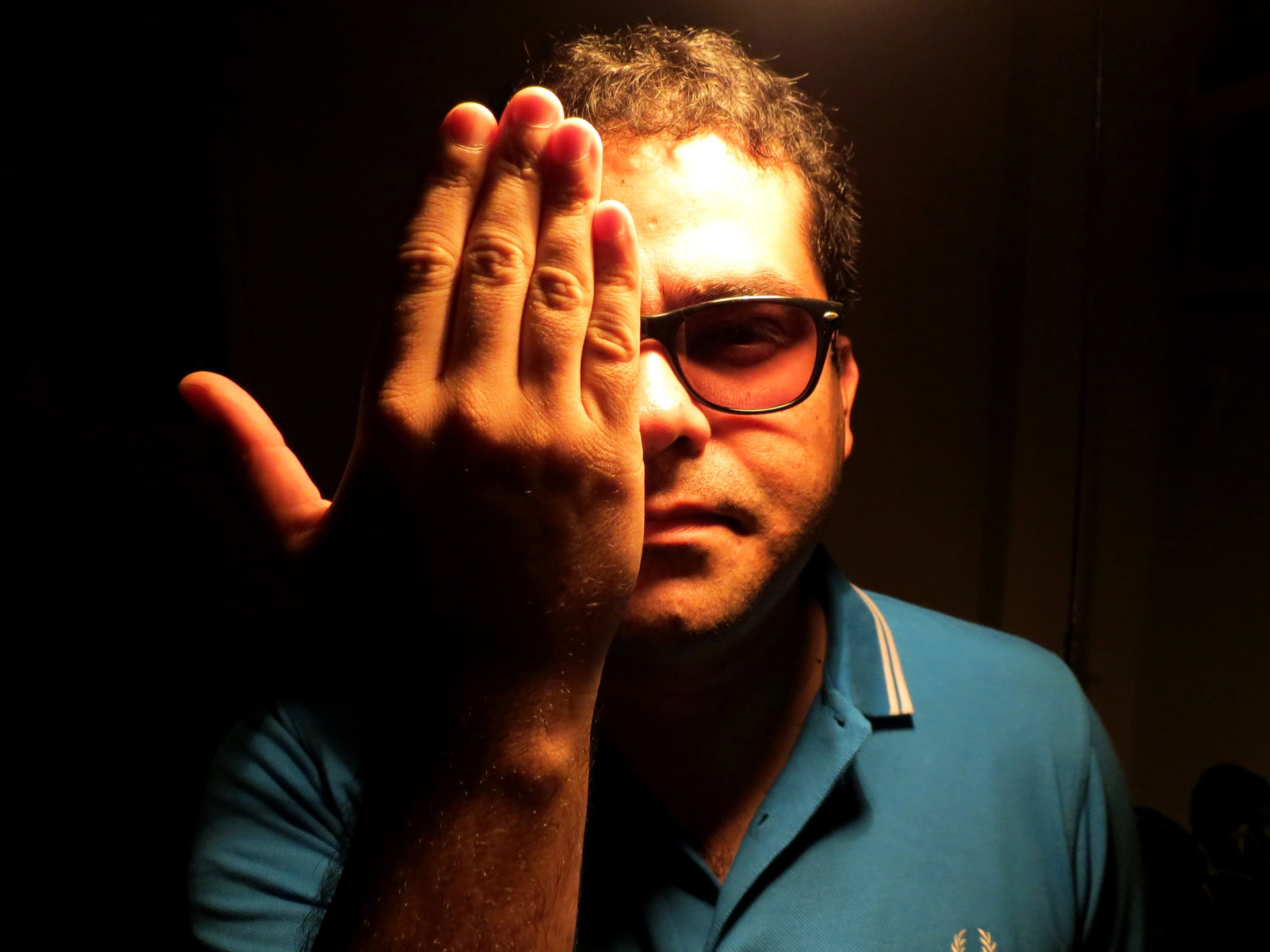 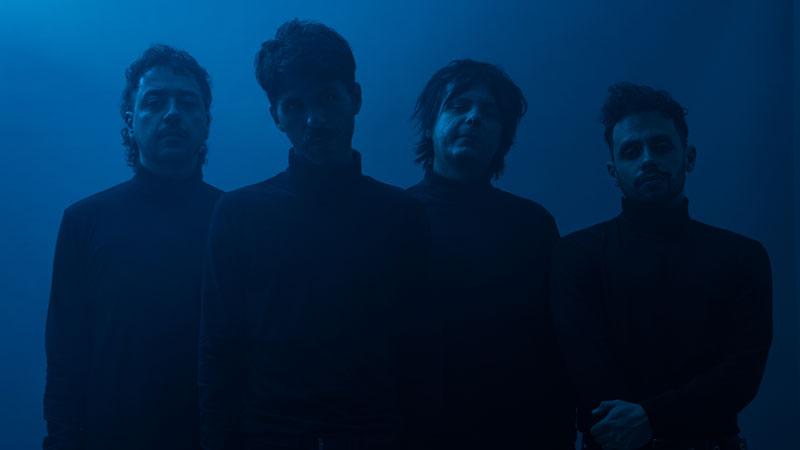